The building of St Columba’s in its current location was started in 1982 following many, many months of discussions and fundraising.  St Columba’s was actually a merger between the congregations of St Chad’s in Woodlands Park and St Columba’s in Seaton Burn.  At the time, the Methodist church in Seaton Burn was also facing crippling repair bills and joined us in worshipping in this shared church.  Originally there had been an old vicarage on the site and when this was demolished, to make way for the current vicarage, a lot of land was left over and it was decided that a new church, incorporating the needs of those existing churches, was needed.

Any change is difficult in life and church life is no exception!  Many tears were shed over the old buildings and memories associated with them and many sleepless nights were shared by those involved in the decision making process.

The PCC at the time decided that a modern, low maintenance design was the best way to go and many visits to other churches ensued, to ensure that the best possible design was chosen.  The building is designed so that the church ‘rises to God’ from the back of the church to the cross on the Altar wall.  Many items were taken from the ‘old’ St Columba’s including the Font and Pulpit and the statue of the Virgin Mary, which was stripped of her colours and taken back to her original, beautiful, wood finish. Some pipes from the organ at St Columba’s were rescued too but this didn’t ‘turn into’ an organ until November 1983 and it was played beautifully by Ken Bumfrey from then, until his death in 2013.  The original chairs came from St Chad’s too, so, if possible, nothing was wasted. 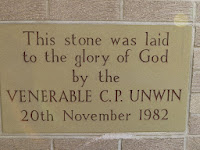 The church cost approximately £250K to build.  Many, very generous donations were received and the PCC fundraising involved ‘selling bricks’.  For example, £1 bought and laid one brick!  How prices have changed!  Also some of the congregation held five star dinners, whilst others sold bricks and encouraged local donations.  Our priest at the time (Revd Peter Elliott) sold his own watercolours and raised a considerable sum in the process.


Eventually the foundation stone of our church was laid on 20th November 1982 by the Venerable C P Unwin and the photograph shows the Rev Peter Elliott, his family and church wardens at that momentous time.  The dedication ceremony for the church was held in June 1983 and in June 1991 the church was consecrated. 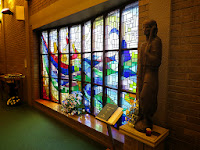 Like all families our church has evolved over time, with a new stained glass window installed to celebrate the Millennium and the passing of 2000 years since the birth of Christ.  Sadly the Methodists came to the difficult decision to leave our church in 2013 so we are solely an Anglican congregation once again.  However, everyone is welcome to join our services and enjoy our worship.


St Columba’s is a very friendly place where you will receive a warm welcome during every visit.  We strive to make people feel at home and we try to care for those around us.  We’re not perfect (and don’t pretend to be) but we do try!  We have many activities available and you are welcome to join us at any of them. 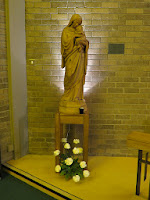 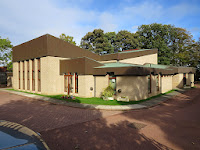 Many thanks to Donald and Joyce Foster (wardens at the time of the building of St Columba’s) for the many pictures and details they have shared of the original build. 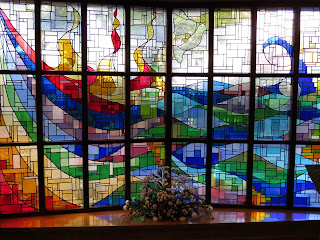